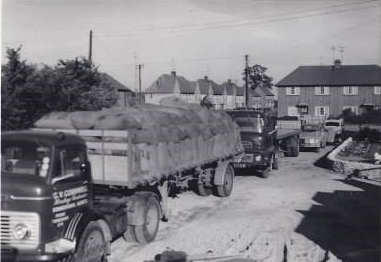 Our business was started in 1952 by founder member Geoff Cornwell, who began collecting local produce from small farms and allotments for delivery to Somersham railway station. His first lorry could carry just 5 tonnes and proudly displayed GV Cornwell on the side.

Seeing an opportunity to deliver produce directly to market, Geoff started to make regular trips to the sugar beet factories at Peterborough and Ely, venturing further afield to London and even delivering locally produced bricks to the building developments of many new towns including Harlow, and Stevenage

By 1973 Geoff had been joined in the business by his son David and within a few years was trading as Cornwell's Transport Limited with a fleet of 12 vehicles. By now, the business had also branched out into storage and had access to
over 100,000 sq ft of storage space.

In 1987, David and Geoff decided to venture into farming, and the combined haulage and farming business has flourished ever since. The business today is managed by David and his son Stuart as Cornwell and Son. 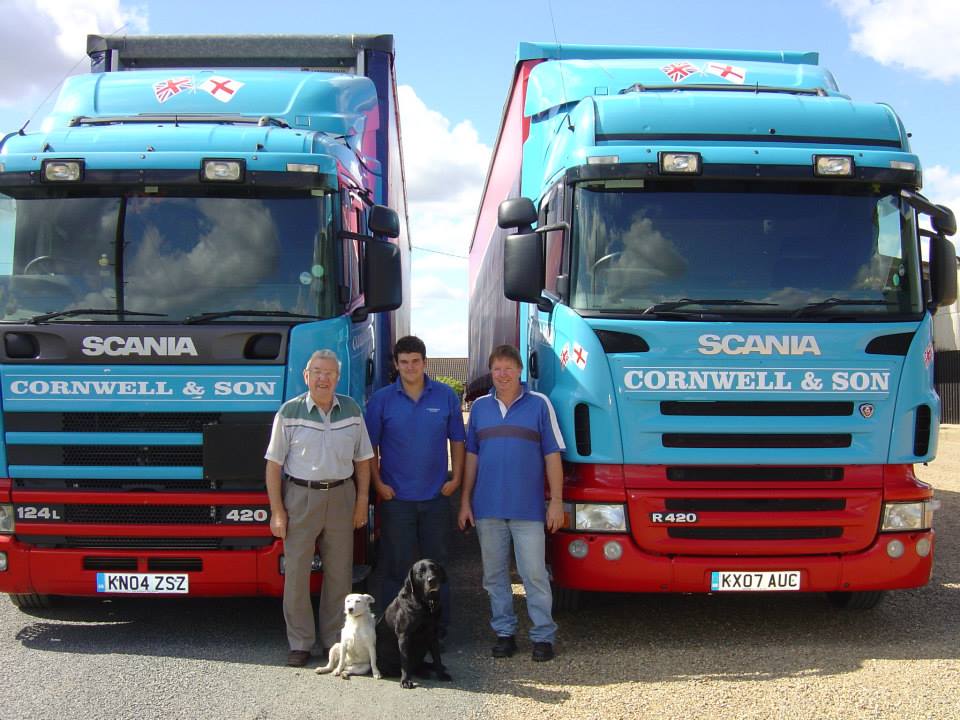